It’s been three days already since I’ve been eating the chocolate roll that we had for Noche Buena. My diet since then has been on leftovers and thankfully, it looks like this day will be the last unless our refrigerator reveals another Tupperware with foods waiting to be consumed.

Leftovers, however, need not be boring. Thankfully wifey is good at cooking that leftovers get some twist during every other meal. Like yesterday, the embutido met up with the excess spaghetti sauce, and presto, instant spicy recipe that went well with rice for lunch. The dessert is the seemingly immaculate chocolate cake but paired with a couple peach-sago salad transformed into something better.

I’m not sure yet, if what’s happening right now inside my body as the last time I had an intense activity was when I joined a badminton dual-meet two weeks ago. After that whole day of flexing, jumping and smashing, I was on calorie collection as if some polar bear stacking body fats for hibernation. Now, I’m trying to avoid stepping on the weighing scale. What you don’t know won’t hurt you, right?

I don’t know if I could fit some real cardiovascular activities among some other plans I have during this vacation period. The nearest I can get some sweat out are cleaning up, detailing the car (which I already did from 7-12 noon yesterday), and fixing stuffs inside the house.

Fitness gurus say that what matters most with each person’s well-being is looking good and feeling good about his own self. Well, I think I’d prefer for now that ‘feeling good’ part. Let’s worry about the looking good aspect next year while I compete with those running the treadmill in the gym. 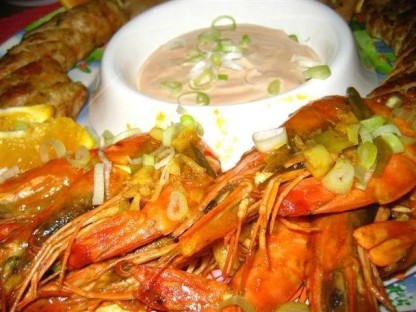