It seems that gas price hike will be here for quite a long while for reasons that the average person like me would never really know. There are so many factors that affect oil prices and some of which could be the Middle East’s peace and order situation; the US recession which until now Dubya hasn’t directly accepted to be happening; China’s sudden automotive demands as most Chinese got tired of riding bikes that sooner or later obesity will be as common as dumplings in this part of the world; and locally, we can blame our government for deregulating the oil companies—but this is debatable.

So while we are busy thinking who’s supposed to be blamed other than ourselves, it may be just right for us to start looking at the mirror and check if we’ve done our part to alleviate the effect of this situation which is going way out of our control. Some self-awareness check will not only save our pockets and wallets but we also get to save our sanity and most importantly, our environment.

Today while lazily surfing the web, my mouse led me to Ecomodder.com which has an article about 104 hypermiling / ecodriving tips. Surprisingly, I’ve been doing most of their tips already. So here are my own top 10 tips that others may learn and use as well. 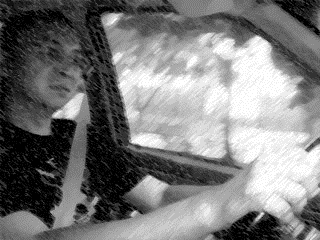 10. Don’t keep up with the Joneses. Ecomodder says ”It [sic] easy to be competitive when Resist knee-jerk retaliation to other drivers’ aggressive actions. Don’t let other drivers lead you astray from your driving style.” Now this is more like a test of my character rather than a test to save gas. The pinoy Joneses are the hari ng kalsada (king of the roads) – your friendly jeepney/tricycle drivers. I guess I’ll be able to keep up with this tip if I leave home early to work.

There you go. Let’s save gas the rational way and please stop sending me emails to boycott the giant oil companies–it’s foolish, it’s temporary and it just won’t work.